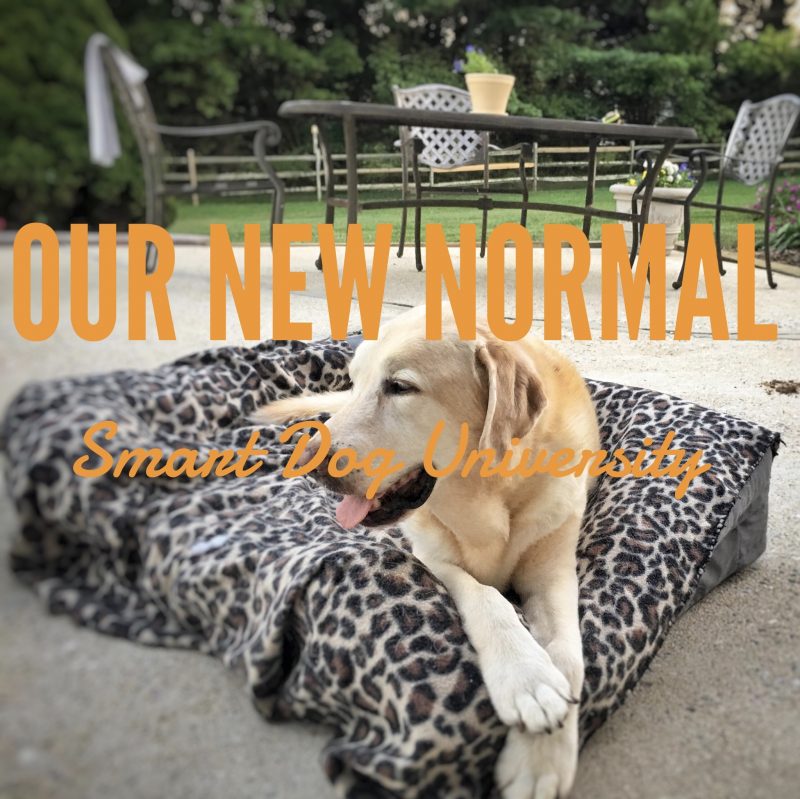 Almost a year ago, our apple cart was upset twice in one month. We lost our Nemo and then Tango had emergency surgery when a somewhat-routine ultrasound showed an unhealthy spleen. After that surgery, he had a rough recovery and we spent a lot of time at the veterinary hospital for one setback or another.

When Tango first returned home from the splenectomy, he spent most of his time in our family room, sleeping either in his recliner or on one of our cushiest dog beds.

I spent many nights on the couch with him to make sure I could help him if he was restless, in pain, or needed to go outside. I can sleep anywhere — and sleep soundly, so it wasn’t an inconvenience for me at all. Schooner, who sleeps in bed with me, though, found it a bit odd, I think, that we were sleeping on the couch. (He, too, sleeps on the couch with me, which is turning out to be quite the fortunate happenstance now that it’s getting cold. It’s like having my very own, customized electric blanket and who doesn’t complain when I shove my cold feet under him.)

Tango’s always been an early riser, he tends to get up with the sun, but ever since the surgery, he’s been a more frequent and earlier riser.

It took me awhile to figure out that sometimes he didn’t need to go outside, he just wanted to sleep in the family room. After he’d refuse to go outside, I’d head back to bed only to be greeted by him at my bedside minutes later. He seemed restless, so I would almost always head back out to the couch with him, where he’d fall quickly (and soundly) asleep and stay there until after the sun came up.

That quickly became our routine — he’d wake me at some middle-of-the-night hour, I’d grab my pillow and a blanket, and my husband would find the entire household asleep in the family room when he’d get up for work.

The family room isn’t just Tango’s favorite at night. It’s also his favorite daytime spot, as well. I have a nice office in the house with a beautiful iMac that faces the atrium door so I can watch the birds at the feeder. But because Tango has been most comfortable in that recliner, and because he’d continually come out to my office to check on me, I found myself working on my laptop on that same couch where I’d slept the night before.

Schooner, of course, is wherever I am, too, so now there are the three of us, in the family room with me huddled up on the couch getting all my work done. It’s where I’m writing this right now!

At first, I missed working in my office.

But I now find the family room comfortable for both sleeping and working. I have a sleep app on my iPhone and, as crazy as it sounds, according to the app, I get more restful and deeper sleep on the couch than in my bed!

It’s interesting how quickly we adapt to new habits, particularly when it’s clearly beneficial (or at least, preferred) to those we love. Truth be told, I’ll miss all this when I move back to my office.

Should you get littermates? I don't usually get this question. Normally, I hear "Help, we got littermates!" That comes after the littermates are already home and the people are feeling understandably … END_OF_DOCUMENT_TOKEN_TO_BE_REPLACED

Gracie participated in two classes. Laurie is very knowledgable about dog training, very patient with owners and clearly loves her work. I especially remember the lesson about the settle mat. Laurie kept telling me to “wait, wait, she will figure i… END_OF_DOCUMENT_TOKEN_TO_BE_REPLACED

Working in the veterinary field has shown me how important positive reinforcement training for dogs is. When it came time to train my own dog, Quincy, Smart Dog University was my choice for training. Laurie is a calm force and true dog lover! Two yea… END_OF_DOCUMENT_TOKEN_TO_BE_REPLACED

Laurie’s group class was perfect for my distractible social butterfly pup (aptly named Zippy)! Her positive training methods make learning as much fun for the humans as for the dogs. Training is a lifelong (daily) bonding adventure, with Laurie’s… END_OF_DOCUMENT_TOKEN_TO_BE_REPLACED

When Laurie took over the training of my 9-month old puppy, he had already been through 2 rounds of puppy school. Obviously, they had been failures. Laurie showed us how to get him under control using positive reinforcement as his main reward. He now… END_OF_DOCUMENT_TOKEN_TO_BE_REPLACED

The knowledge SDU provided is invaluable. Laurie’s willingness to share her calm logic and vast knowledge and patience about how to raise a happy dog (and happy dog people) has created harmony we did not have before. A big thanks to my sister who… END_OF_DOCUMENT_TOKEN_TO_BE_REPLACED

Laurie is someone Your Dog’s Friend depends on for good information on dog behavior and training presented in an engaging, understandable way. She has done free workshops for us; we have used her articles in our newsletter; and she is a trainer who… END_OF_DOCUMENT_TOKEN_TO_BE_REPLACED

Our family used Laurie Luck and Smart Dog University for training both of our very active labs. Laurie was amazing at helping our entire family learn to train and work with the dogs. The most helpful thing for us about both the group classes and in-h… END_OF_DOCUMENT_TOKEN_TO_BE_REPLACED