Today is Puppy Bowl Sunday! A dog lover’s favorite day of the year because there are puppies on tv for our oooh’s and aaaaah’s!

Puppy Bowl returns for its ninth consecutive year with an all-star, all-adorable cast that’s ready to mix it up on the grand gridiron of Animal Planet Stadium. Puppy Bowl IX brings viewers a loveable lineup that’s itching to play in a winning combination of terrier tackles, touchdowns, puppy penalties, fumbles and Fido first downs. Featuring fan favorites like the Water Bowl Cam, tail-gating fans, and the hamster-steered blimp, this year’s big game is sure to be a tail-wagger.

Puppy Bowl App
This year, the Puppy Bowl  will be even more fun to watch thanks to Subaru. What’s a car company got to do with puppies? Lots when they’re bringing you the coolest app so you can get even more Puppy Bowl through your phone or tablet.

What Is It? Want to take your viewing experience to the next level? There’s an app for that! Subaru is presenting a Puppy Bowl Co-Viewing app just for the Puppy Bowl. They are also debuting some new Dog Tested. Dog Approved. commercials today on the Puppy Bowl, too! Sneak peek below!

What’s It Do: The straight skinny: as you watch the Puppy Bowl live, the app will bring you even more cool puppy stuff and ways to get involved with the Puppy Bowl!

How Do I Get It? Download it for free from this link (iTunes). The app is called IntoNow (and won’t look puppy-related). Don’t worry, if you follow the link, you’ll get the correct app. The app will become “puppified” at 3p on Sunday when Puppy Bowl starts. This app is available for your phone and for your tablet, too!

How Much? FREE! Zero. Nuthin’.

Why Should I? Because all the cool kids are doing it. Honestly, because just watching the Puppy Bowl isn’t enough. With this app, you’ll have lots more ways to get involved. Can you have too much cuteness? I don’t think so. This app might get close to that level of cuteness, though – you’ve been warned.

In other Puppy Bowl news, Subaru announced the return of it’s Dog Tested. Dog Approved. commercials and will debut some new dog-centric commercials during the Puppy Bowl. Here’s a sneak peek at one of the commercials: 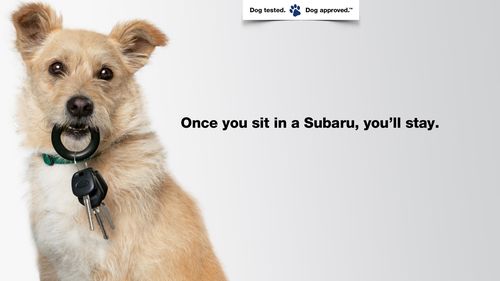 Do your pups watch the Puppy Bowl with you? What do they think of it?

Enjoy all the puppy goodness with the app presented by Subaru.

In the spirit of full disclosure, this post is sponsored by Subaru. I am being compensated for helping spread the word about the Dog Tested. Dog Approved.™ campaign.

Should you get littermates? I don't usually get this question. Normally, I hear "Help, we got littermates!" That comes after the littermates are already home and the people are feeling understandably … END_OF_DOCUMENT_TOKEN_TO_BE_REPLACED

The knowledge SDU provided is invaluable. Laurie’s willingness to share her calm logic and vast knowledge and patience about how to raise a happy dog (and happy dog people) has created harmony we did not have before. A big thanks to my sister who… END_OF_DOCUMENT_TOKEN_TO_BE_REPLACED

Laurie’s group class was perfect for my distractible social butterfly pup (aptly named Zippy)! Her positive training methods make learning as much fun for the humans as for the dogs. Training is a lifelong (daily) bonding adventure, with Laurie’s… END_OF_DOCUMENT_TOKEN_TO_BE_REPLACED

Working in the veterinary field has shown me how important positive reinforcement training for dogs is. When it came time to train my own dog, Quincy, Smart Dog University was my choice for training. Laurie is a calm force and true dog lover! Two yea… END_OF_DOCUMENT_TOKEN_TO_BE_REPLACED

Laurie is someone Your Dog’s Friend depends on for good information on dog behavior and training presented in an engaging, understandable way. She has done free workshops for us; we have used her articles in our newsletter; and she is a trainer who… END_OF_DOCUMENT_TOKEN_TO_BE_REPLACED

Gracie participated in two classes. Laurie is very knowledgable about dog training, very patient with owners and clearly loves her work. I especially remember the lesson about the settle mat. Laurie kept telling me to “wait, wait, she will figure i… END_OF_DOCUMENT_TOKEN_TO_BE_REPLACED

When Laurie took over the training of my 9-month old puppy, he had already been through 2 rounds of puppy school. Obviously, they had been failures. Laurie showed us how to get him under control using positive reinforcement as his main reward. He now… END_OF_DOCUMENT_TOKEN_TO_BE_REPLACED