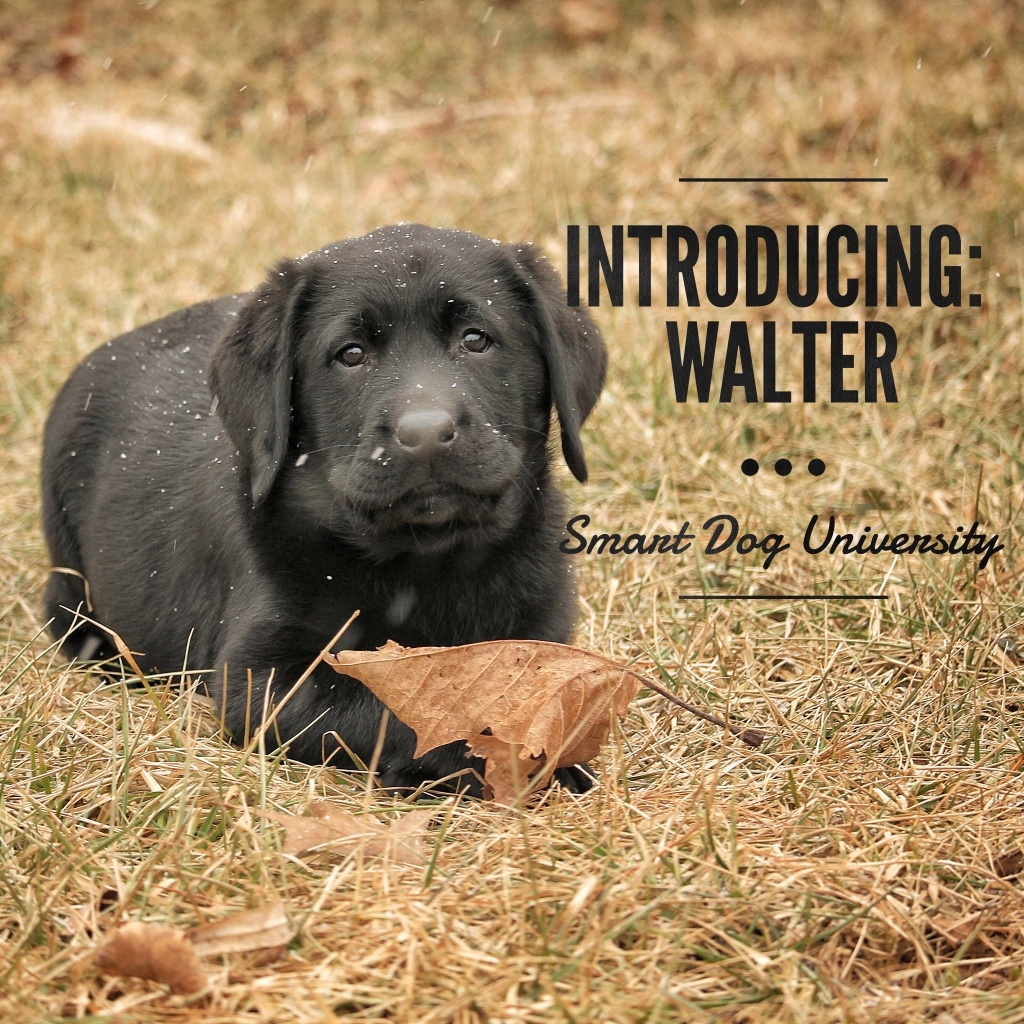 Walter, the Labrador puppy is a lot of things.

And no, he’s not a service dog pup.

Walter is the first pup I’m raising for a client.

He’s also a balm to help soothe the pain of losing all our dogs.

I’m not ready to love a dog of my own.

But I can most definitely raise a puppy for someone else.

When I agreed to raise this puppy for the client, Tango and Schooner were still here and were part of the raising plan I had created for him. They were going to be my training assistants to help teach Walter the Way of the Dog. Clearly, that plan hit the skids a couple weeks ago. We’ve never had just one dog. It feels so very odd.

I wanted to get tributes written for both Tango and Schooner before I introduced Walter, as that felt like the right order things should happen.

I’ve sat at my computer every day this week trying to put something down for both those dogs and I’ve not yet been successful.

Expect to see more of him. I’ll be documenting his training here on the blog and letting you in on the insanity of having a puppy in the house again. Without the help of more experienced dogs.

Should you get littermates? I don't usually get this question. Normally, I hear "Help, we got littermates!" That comes after the littermates are already home and the people are feeling understandably … END_OF_DOCUMENT_TOKEN_TO_BE_REPLACED

Gracie participated in two classes. Laurie is very knowledgable about dog training, very patient with owners and clearly loves her work. I especially remember the lesson about the settle mat. Laurie kept telling me to “wait, wait, she will figure i… END_OF_DOCUMENT_TOKEN_TO_BE_REPLACED

When Laurie took over the training of my 9-month old puppy, he had already been through 2 rounds of puppy school. Obviously, they had been failures. Laurie showed us how to get him under control using positive reinforcement as his main reward. He now… END_OF_DOCUMENT_TOKEN_TO_BE_REPLACED

The knowledge SDU provided is invaluable. Laurie’s willingness to share her calm logic and vast knowledge and patience about how to raise a happy dog (and happy dog people) has created harmony we did not have before. A big thanks to my sister who… END_OF_DOCUMENT_TOKEN_TO_BE_REPLACED

Laurie is someone Your Dog’s Friend depends on for good information on dog behavior and training presented in an engaging, understandable way. She has done free workshops for us; we have used her articles in our newsletter; and she is a trainer who… END_OF_DOCUMENT_TOKEN_TO_BE_REPLACED

Working in the veterinary field has shown me how important positive reinforcement training for dogs is. When it came time to train my own dog, Quincy, Smart Dog University was my choice for training. Laurie is a calm force and true dog lover! Two yea… END_OF_DOCUMENT_TOKEN_TO_BE_REPLACED

Our family used Laurie Luck and Smart Dog University for training both of our very active labs. Laurie was amazing at helping our entire family learn to train and work with the dogs. The most helpful thing for us about both the group classes and in-h… END_OF_DOCUMENT_TOKEN_TO_BE_REPLACED

Laurie’s group class was perfect for my distractible social butterfly pup (aptly named Zippy)! Her positive training methods make learning as much fun for the humans as for the dogs. Training is a lifelong (daily) bonding adventure, with Laurie’s… END_OF_DOCUMENT_TOKEN_TO_BE_REPLACED